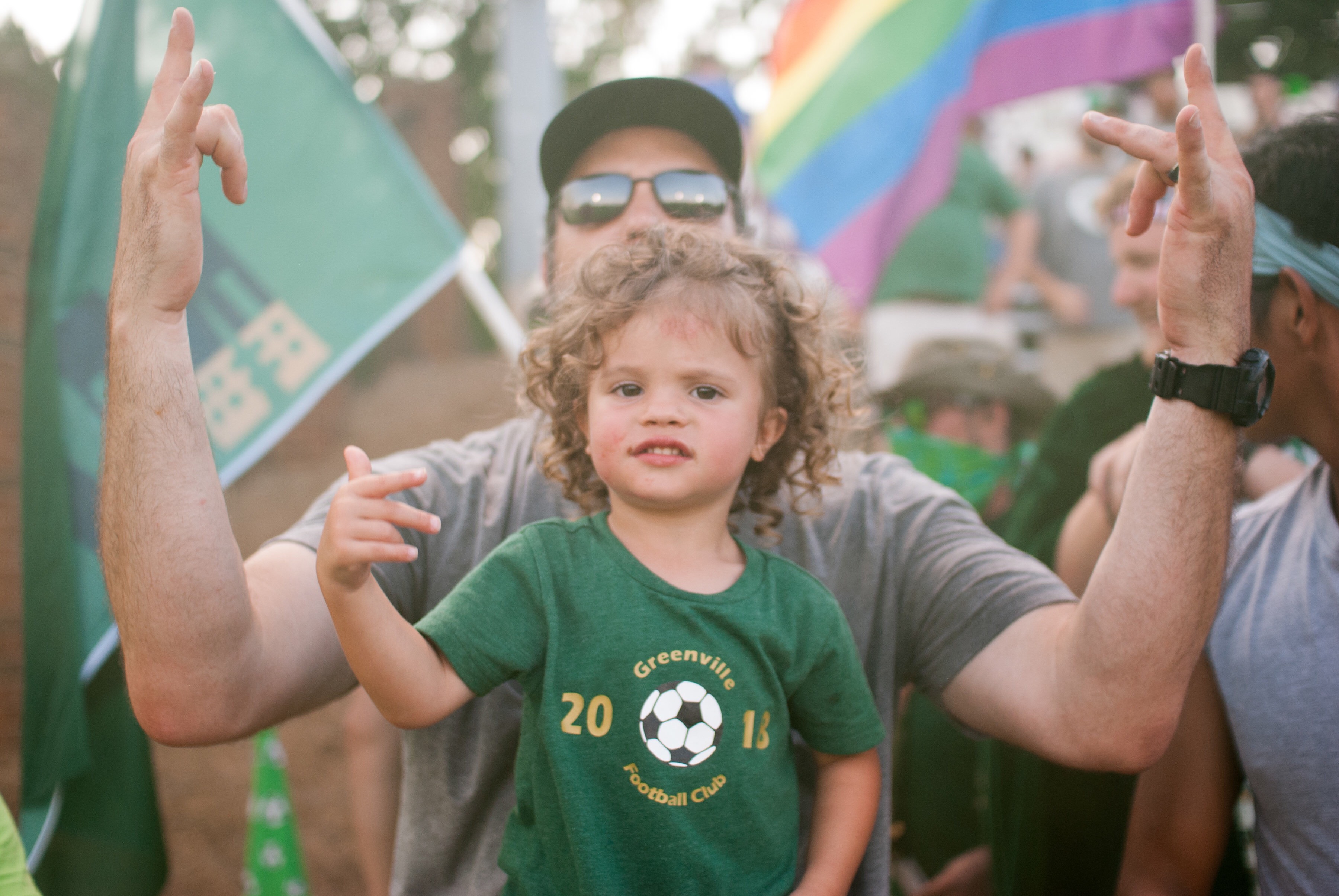 The National Premier Soccer League (NPSL) is proud to announce that Leithan “Lugnut” Allen has been named the 2018 Global Scarves NPSL Supporter of the Year.  The selection was made via an online vote.

“Seeing the passion that Lugnut brings to Greenville FC is truly inspiring to us all at Global Scarves,” Global Scarves Owner Bill Kristian said. “His fervent support and love of the game shows how this sport is the world’s game and knows no boundaries across all facets. Support in the game goes beyond your club, and extends to the community, and the familial bond that brings with it, and Leithan is truly deserving of our tagline ‘The True Icon of Support.’

Leithan is passionate and is a supporter anybody can look up to. He’s loud, he’s proud, and he shows others the way to be a Greenville FC fan.

“Leithan epitomizes the ideal supporter and he is so deserving of this award,” Greenville FC President Marco Carrizales said. “From day one ‘Lugnut’ has been at every event, every home match and even some away matches. He sings, he chants, and he loves this club through and through. Lugnut is in love with the game. You’ll always find him with his soccer ball, ready to play with anybody who’s around him, which is the beauty of this sport and this club. Put aside race, gender and age, and what you get is a beautiful blend of what this community is. Leithan is a massive part of this club, and he truly binds our supporters together.”

Despite being the club’s youngest supporter, Leithan has made quite an impression on others.

“The reason soccer is the beautiful game is because in its purest form it encompasses everything and everyone,” Chris Allen, Leithan’s father, added. “Age, race, gender, nationality, none of it means anything. Greenville FC and its owners, the staff, the players, the fans, and the Milltown Operatives welcomed Leithan as family. Leithan’s enthusiasm at matches is the manifestation of the love, support, and passion that this community has for the beautiful game. He loves his club and his momma and he’s not sorry… #GTID.”

Leithan is also the youngest recipient of the award.

“When I grow up, I be big, and I play with them,” Leithan ‘Lugnut’ Allen concluded. “Goooo Greeeevilllle. Paul the Wall. Paul the Wall!”