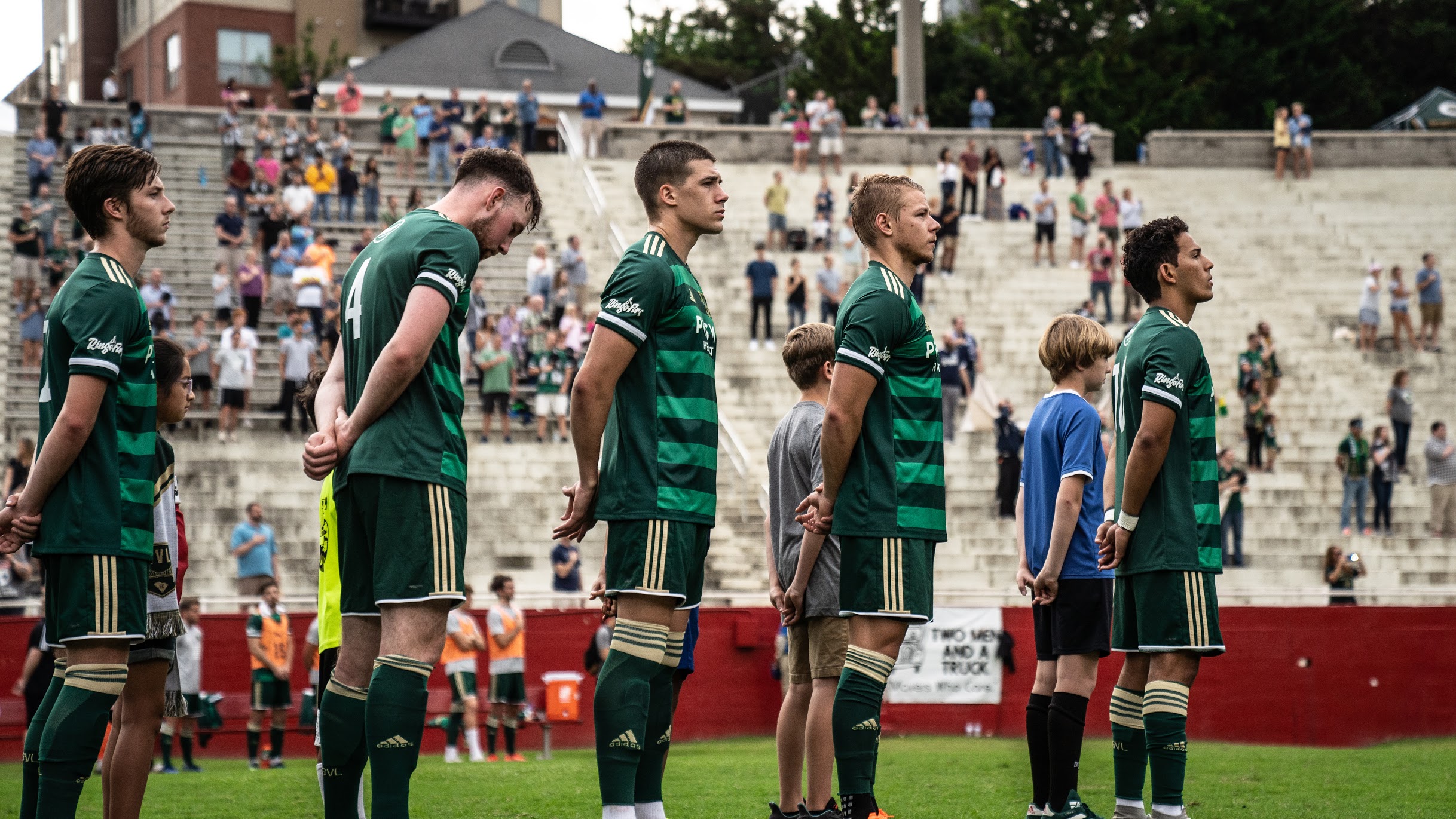 Greenville, SC – Greenville Football Club continued their impressive form after coming back from a 2-0 deficit to tie Asheville City Soccer Club 2-2 Saturday at Sirrine Stadium for the club’s 2019 home opener.

With a wide-open start to the match, Asheville City SC struck net first in the 29th minute to take the lead to 1-0. It took them no time to put their second on the board in the 30th minute, leaving Greenville FC players and supporters stunned.

Halftime was an extended one due to lightning strikes in the area, delaying 2nd half action by 30 minutes.

With a full recharge and tactic adjustments, Greenville FC started off on the right foot. David Koprowski entered the game at the start of the second half replacing Lars Kaula. Koprowski, full of energy, was eager to turn the game around.

Koprowski, only three minutes into the 2nd half, notched one back for the club after crashing a loose ball in the box, re-energizing the crowd and injecting new life into the team.

In the 81st minute, Jack Shiels notched the equalizer to bring the score to 2-2 with little time left to play. Both teams were eager for 3 points, which called for an exciting rest of the match.

Greenville FC fended off back to back corner kicks from Asheville City in the 88th minute and pushed for the winning goal but neither team at the end could secure all 3 points ending the match in a 2-2 draw.

Through rain, mud and weather delays the home opener against rival Asheville City SC is sure to be one to remember. The club will meet Asheville City again Saturday, June 8, at Memorial Stadium in Asheville, NC, for the final leg of the Carolina Classico.

Greenville FC heads to Chattanooga Saturday, May 18, to face Chattanooga FC at Finley Stadium. Chattanooga FC has yet to start NPSL regular season play due to their match against Inter Nashville getting postponed due to inclement weather.

Greenville FC will return home to Sirrine Stadium on May 25 to face Inter Nashville FC, who currently holds the number one position in the Southeast Conference with two wins and zero losses. You can get tickets ahead of time to the match powered by Engineered Sleep here.