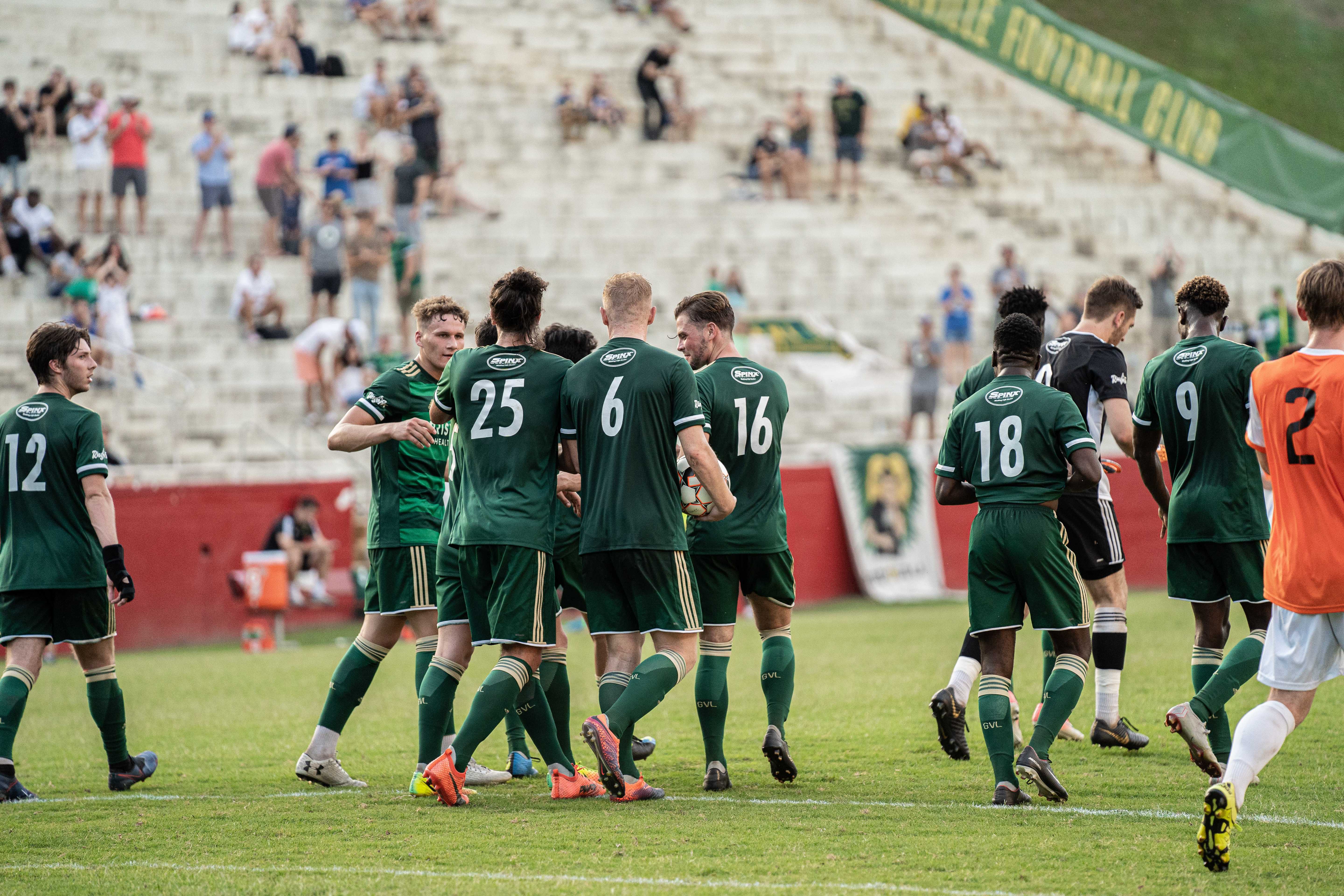 Greenville, SC – Greenville FC continued their unbeaten start to the 2019 season with an impressive 6-0 victory over Inter Nashville FC on Saturday night at Sirrine Stadium.

Lee Squires made four changes to the starting XI that tied Chattanooga FC a week prior. Austin Mullins stepped into the net for an injured Paul Tyson, Malick Mbaye replaced Emil Tansinda at right back, Quinn McNeil stepped in for Emery May in midfield, Jamie North stepped up into a striker role, and Kimarni Smith dropped into left back for Thomas Spear.

Eager to get their first win at their new home, Greenville FC didn’t take long to get on the board after Manuel Perez smashed home a goal in the 5th minute. The goal came from a quick counter-attacking transition from Quinn McNeill to Jamie North down the right flank that was collected and sent across the pitch to Manuel Perez where he calmly collected it and struck it into the top corner.

In the 38th minute, not long after the missed penalty, Jamie North served a lobbed ball across Inter Nashville FC’s 18-yard box that Malick Mbaye sent into the back of the net from a stellar bicycle kick to take the lead to 2-0.

David Koprowski would add another before halftime to send the team into the locker room with a three-goal advantage over Inter Nashville.

Greenville FC continued their dominance in the second half after Manuel Perez notched his second of the match in the 58th minute.

An Inter Nashville FC player was ejected in the 77th minute after things began to heat up in the match. Playing a man down, Inter Nashville allowed two more goals in the closing minutes of the game that came from Emery May in the 88th minute and Lars Kaula in the 90th minute.

Greenville FC will host Atlanta Soccer Club this Friday, May 31st at Sirrine Stadium in downtown Greenville. Atlanta Soccer Club, formerly known as Atlanta Silverbacks FC, currently sit in 5th in the Southeast Conference with one win and two losses. You can get your tickets for the match powered by Engineered Sleep here.