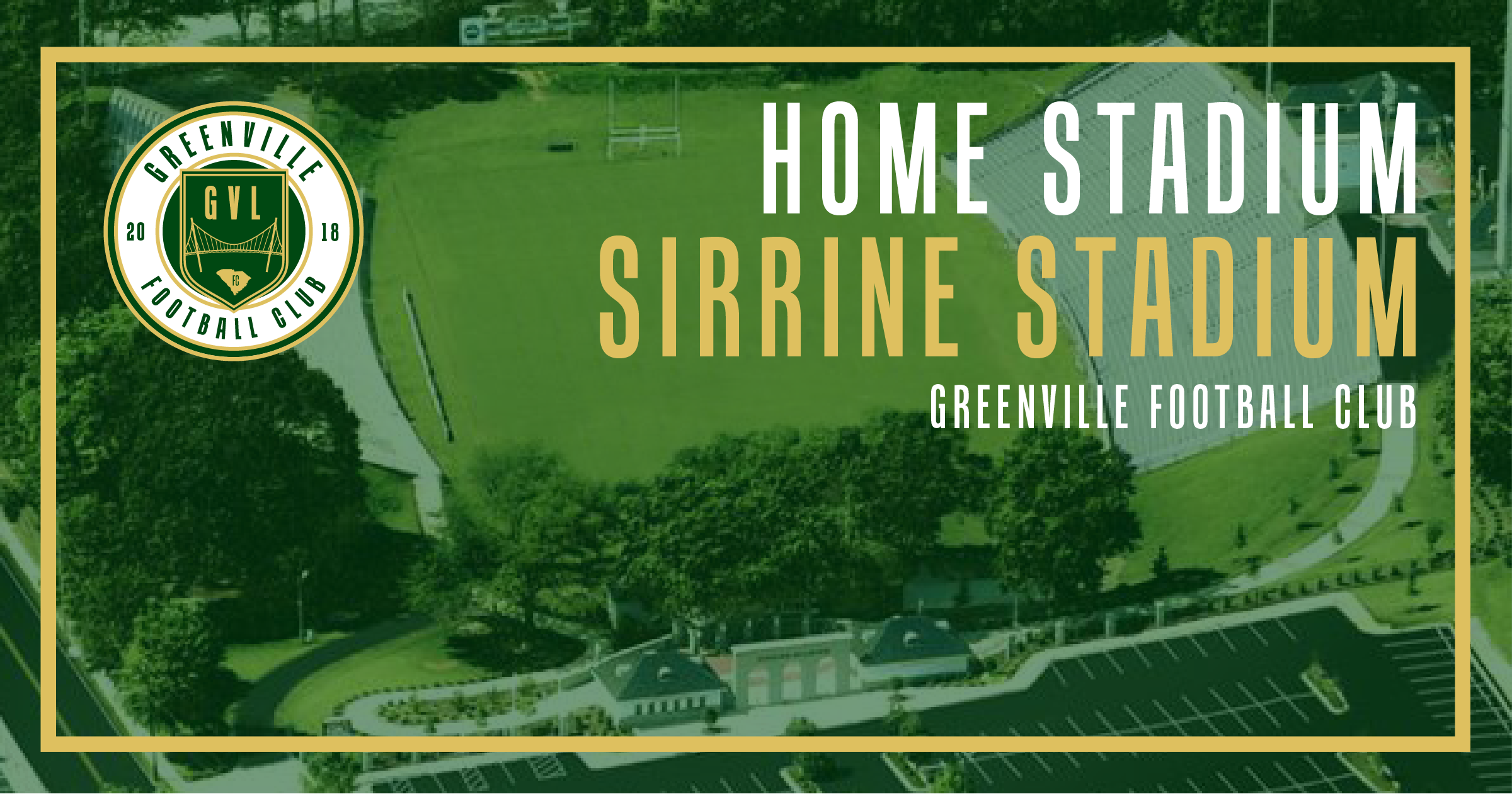 Greenville Football Club’s home matches during its inaugural 2018 season were played at Eugene Stone Stadium on the campus of Furman University.

“Eugene Stone Stadium was an excellent home during our first season,” Greenville Football Club President Marco Carrizales said. “We are extremely grateful to everyone at Furman University that made our inaugural season so memorable. Eugene Stone Stadium will always hold a special place in our club’s history and will forever be the first home of Greenville FC.”

“We are excited to have Sirrine Stadium as our new home,” said Carrizales. “The proximity of the stadium to downtown Main Street is an added benefit for us as a club and our fan base. We are excited to continue our efforts in making this club a staple in the heart of Greenville and look forward to providing our growing support base with a more holistic downtown experience. We strongly believe this will provide families, young adults and traveling supporters a better opportunity to experience the city that makes us so great.”