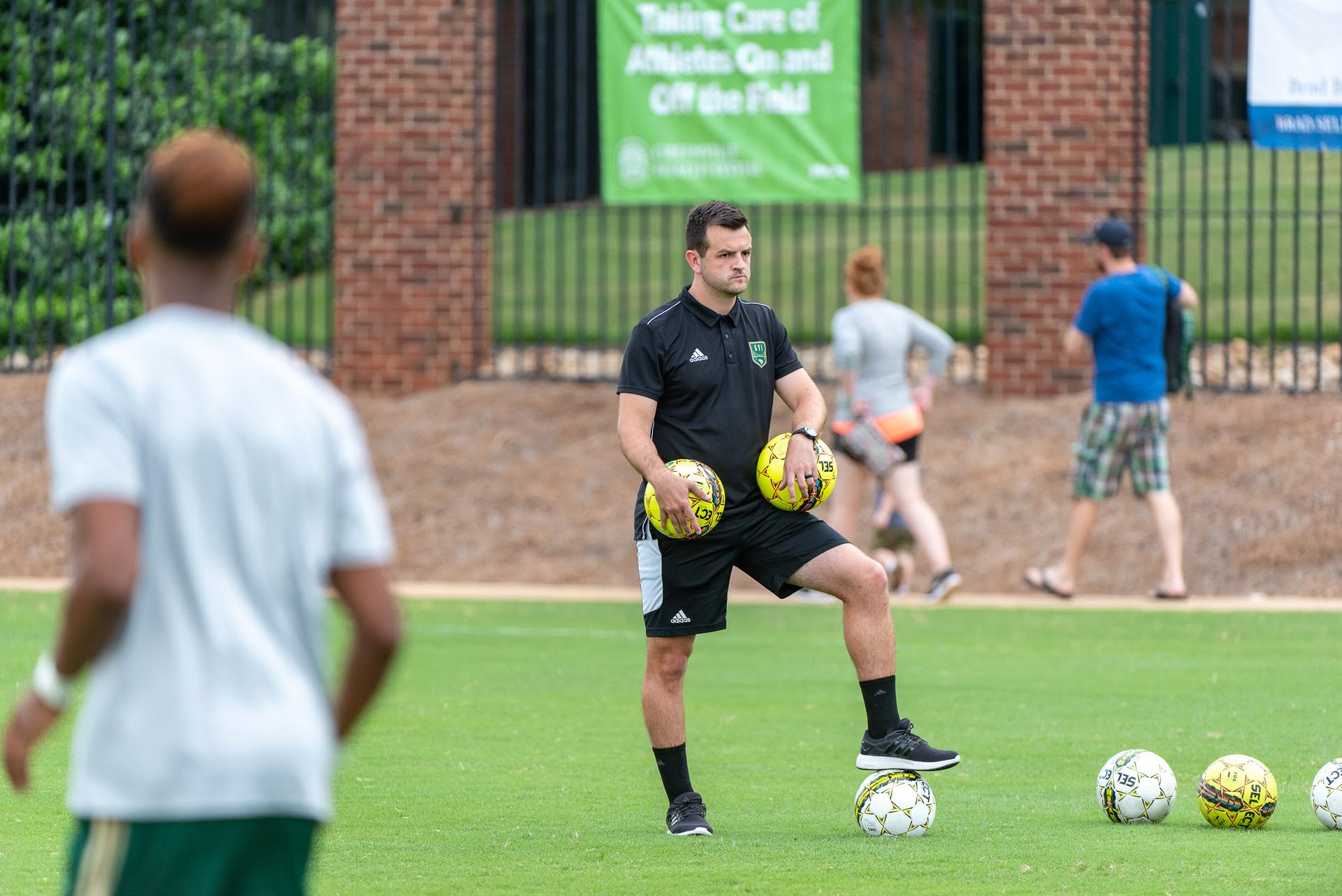 “I’m very excited in being named the first head coach and being involved with the club in its first season,” said Squires. “It’s an exciting project that has a lot of potential. Greenville is a thriving city that loves its soccer, so it’s great to be able to bring high level soccer to the area. I have no doubt we can attract fans’ support and put out a great product on the field.”

In his three seasons at Lander, the Bearcats have made three appearances in the Peach Belt Conference Tournament championship and have advanced to the NCAA Tournament three times. His 2017 Lander team went 13-4-3 overall and won its second consecutive Peach Belt Conference championship with an unbeaten 6-0-1 record in conference play, extending its undefeated streak in conference play to 19 consecutive matches.

Squires, a native of Sheffield, England, who began coaching at Lees-McRae at the age of 23, is also an LMC graduate and played four seasons for the Bobcats. He earned his bachelor’s degree in business administration and was a member of the Sigma Beta Delta Business Honors Society.

When asked about the inaugural season, Squires says, “We are not in this year one to make up the numbers, but to be competitive right away. With a mix of local talent, experienced former pros and high level domestic and international players, as well as collegiate players, I am excited by the quality of our recruitment. That should put us in a good position to be successful in a challenging league. I can’t wait to get started!”

Lee Squires will make a public appearance with Greenville FC fans this Saturday, March 24th, from 4pm – 7pm at the Official Pre-Game Tailgate happening at the Village Green on Courtyard Marriot downtown Greenville. For more on this weekend’s event, fans can visit https://www.gvlfc.com/ to sign up for the weekly newsletter or follow their social channels, @gvlfc on Instagram, Twitter and Facebook for all of the latest.