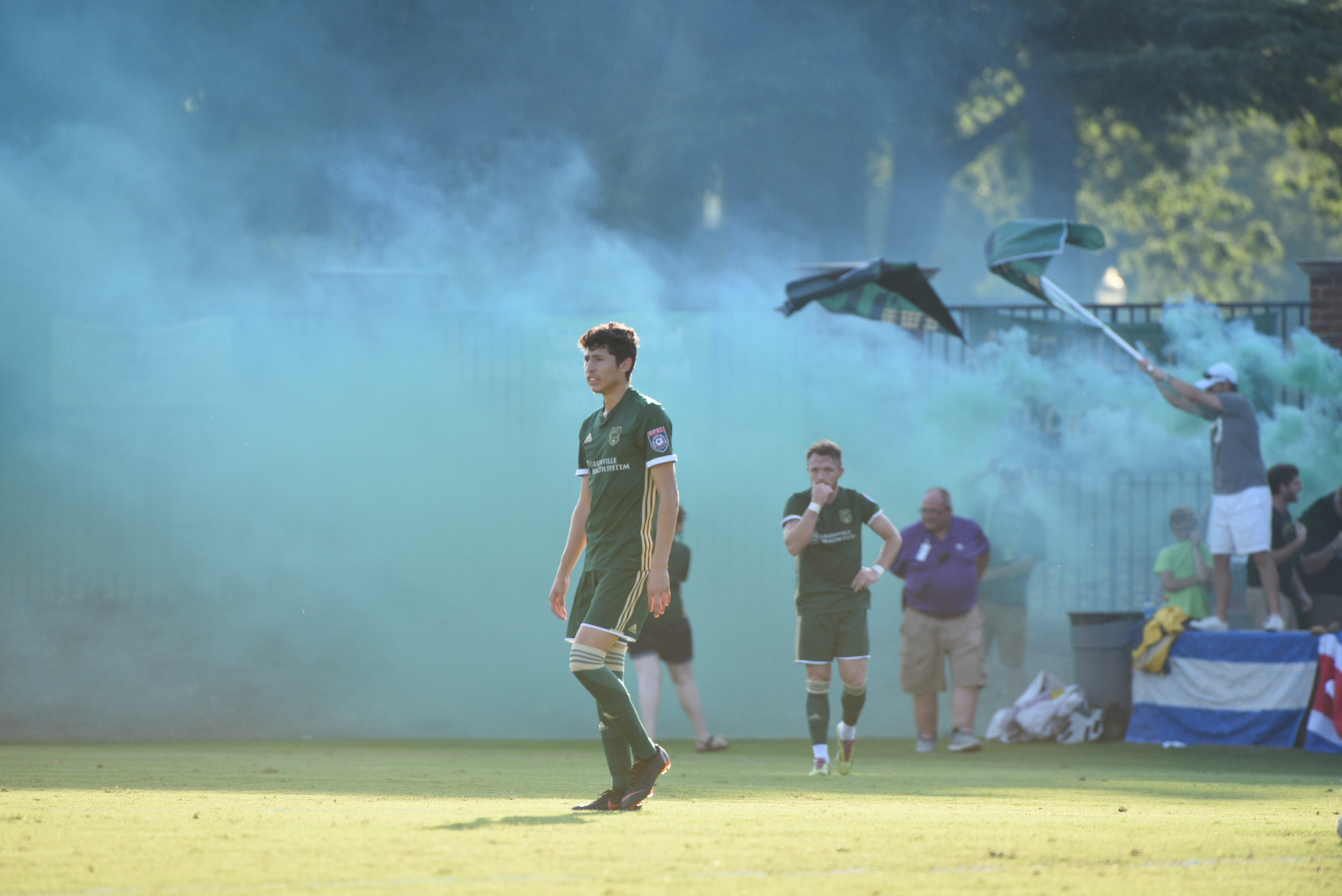 Greenville, SC – It’s nearly forty minutes into a Carolina Clasico match. The score between Greenville FC and Asheville City is all tied 1-1. There is tension in the air. What stands on the line is: a potential playoff spot, a first home win ever and most importantly bragging rights. It was in this moment Jesus Ibarra stepped up to the plate.

“I’m a playmaker and I like to score goals,” says Jesus, “that’s my thing.” Jesus Ibarra was born in San Diego, California. Jesus currently enjoys living in Raleigh, North Carolina thanks to, “my dad’s job and soccer.” Playing soccer since before elementary school and training constantly since then, Jesus has always dreamed of playing professional soccer. In 2016 Jesus joined the USL’s Wilmington Hammerheads, the same club that once produced current Premier League and Brighton & Hove Albion star Glenn Murray, in hopes to reach the top.

“I like making chances and scoring goals,” says Jesus. None was that more so true as in the Carolina Clasico. In the 39th minute of the match Jesus pulled off Greenville’s goal of the season as he whipped around multiple defenders to put Greenville up 2-1 at halftime. It was like watching a skilled knitter make great embroidery as he weaved in and around defenders.

Through coaching connections Jesus found himself joining Greenville FC in their push for the playoffs. “He’s a fantastic talent and more so than that he’s a great person,” says Greenville FC coach Lee Squires, “he’s been with us three or four weeks now and he continues to get better and better.”

In the Carolina Clasico, he showed his quality. “I joined late but I love the atmosphere and playing with the guys,” says Jesus. For Jesus it is important to play as a team and not as an individual. With the match tied a 2-2 in the second half Jesus lit Asheville up. With slide tackles and crosses into the box he was almost a one man wrecking crew. In the 56th minute Jesus made his way down the pitch making space to cross it into the feet of James Smith for a golazo and a 3-2 lead. Greenville held to that lead and won. “It was amazing,” says Jesus, “the crowd was buzzing.” “I don’t know how he hasn’t been picked up as a professional here in America,” said Coach Squires post-match, “maybe some question marks over the system. He’s got the talent and the attitude and the work rate. Everything you need to be a top top professional. So hopefully he goes on to that level.”